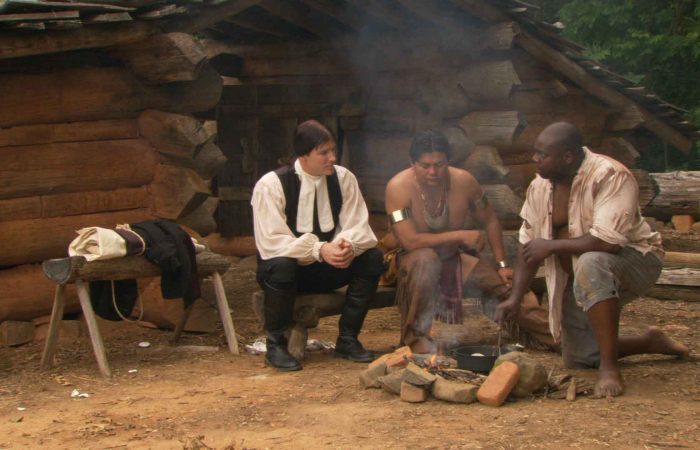 In 1732, John Wesley had fully embraced the religious piety of English Christianity, but his life was changed forever when he was assigned to be a missionary to the American Natives in the colony of Georgia. He always strived to be what he considered to be a perfect Christian, but his world was transformed when he encountered real people and was forced to come face to face with God’s grace and love for all humanity. Only then did John Wesley become the spiritual giant he is known as today.

The production of Wesley is very rough at the beginning, including a lot of dark scenes and an obvious use of poorly disguised fake background, as well as some cheap special effects. Also, there are some moments of odd video quality. However, regardless of these struggles, there is a concerted effort in this film to demonstrate historical authenticity, especially through the use of realistic sets, locations, and props. Also, audio quality is fine throughout the film. Though there are some awkward cuts and transitions, this is at least an average production and is likely good for the limited funding. With a little more honing, this creative team could be exemplary.

Since this is based on an engaging true story, this plot already has a lot going for it. This historical account was definitely worth portraying in film, and there are many attempts even in the story to preserve authenticity. The use of flashbacks is also effective. While dialogue is good, it could be better and more meaningful. As it is, it tends to make the characters too stuffy. Yet the characters tend to improve as they go on, and the characters definitely experience realistic circumstances. In the end, this plot is actually better than a lot of plots out there and is certainly worth your time.

The strongest point of this section is likely the historically realistic costuming. At first, the cast members tend to be too theatrical in their performances, including some forced emotions and lines. However, there is definite improvement throughout in the acting, which makes for an overall average performance. In short, there are plenty of good points in the film, yet it tends to be tripped up by little things.

We definitely need more engaging historical Christian films, and this creative team is definitely on the right track with films like Wesley and Newton’s Grace. With a little bit of tweaking in some parts, along with better funding and acting coaching, this team could soon be going places. Even so, their movies are at least worth a watch and tend to bring a different perspective to Christian film.